From Enagás Emprende we join the #EspañaNaciónEmprendedora

The “Estrategia España Nación Emprendedora” (Spain Entrepreneurial Nation Strategy) will drive the exponential companies’ growth and attract investments. The goals of this strategy are to turn spain into a paradise for talent and to achieve an agile entrepreneurial public sector.

Attracting female talent, creating the “España Nación Emprendedora” brand and the “Red Nacional de Centros de Emprendimiento (National Network of Entrepreneurship Centers) are some of the 50 measures included in the strategy.

The President of the Goverment has advanced that the Ministers’ Council will approve the draft law on Startups in the coming weeks. The law provides a specific legal framework that emerging companies need to develop their potential gwoth and create jobs. 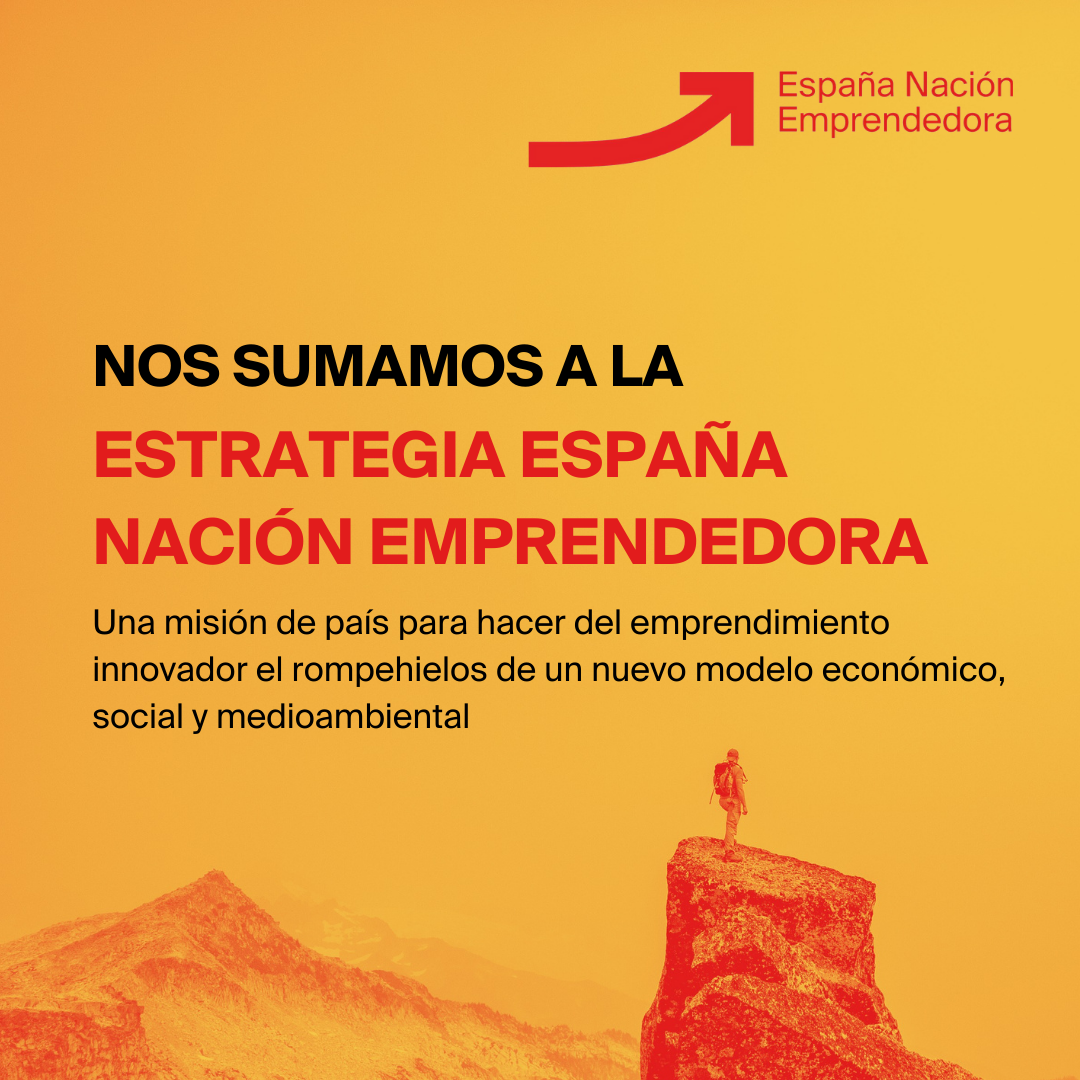 The Strategy lays the foundations to free up and stimulate talent through three levers: education, R&D+i and innovative entrepreneurship.

As Pedro Sánchez explained, “we want to see Spain as a beacon for entrepreneurs and start-ups from around the world. This Strategy seeks to attract investment and make our country a place where start-ups can be born, receive financing and reach a global scale”.

The presentation of the ‘Spain: Entrepreneurial Nation Strategy’ (document only available in Spanish), held at Moncloa Palace, was attended by the Minister for Foreign Affairs, European Union and Cooperation, Arancha González Laya; the Minister for Industry, Trade and Tourism, Reyes Maroto; the Minister for Inclusion and Social Security, José Luis Escrivá; the Minister for Science and Innovation, Pedro Duque, and the Secretary-General for Economic Affairs and G-20 of the Presidency of the Government, Manuel de la Rocha. The event also included the participation of the High Commissioner for Spain: Entrepreneurial Nation, Francisco Polo; the President of the CEOE, Antonio Garamendi; the founder and CEO of Spain Start-up and The South Summit, María Benjumea; the co-founder and CEO of Holaluz, Carlota Pi, and the co-founder of Adalab, Rosario Ortiz de la Orden, among other leading figures from the world of entrepreneurship.

Francisco Polo stated that this Strategy is designed to think big, with the vision that “by the year 2030, Spain will be an entrepreneurial nation that makes innovative entrepreneurship the catalyst of a new country model”.

Within the framework of the launch of the ‘Spain: Entrepreneurial Nation Strategy’, Pedro Sánchez announced that in the coming weeks the Council of Ministers will address an historical demand – the approval of the draft bill of the Promotion of the Ecosystem of Emerging Companies Act (document in Spanish), better known as the Start-ups Act. This is a law that will recognise the specific nature of emerging companies with a high potential for growth, job creation, wealth and innovation. A law that, according to Pedro Sánchez, “will facilitate administrative formalities, help retain and attract the necessary talent, help bring together vocational training, university studies and emerging companies, and include tax breaks and investment incentives”.

The new framework for innovative entrepreneurship

The ‘Spain: Entrepreneurial Nation Strategy’ aspires for Spain to be an innovative nation by 2030 and a beacon to attract investment, to which end it includes four goals. In terms of investment, it seeks to speed up the maturity process of investments in Spain by strengthening the economy, in terms of talent, the Strategy is designed to develop it, attract it and retain it with the aim of making Spain a haven for talent; the scalability of companies is another of the goals, to which end initiatives will be pushed through to ensure that there is an increasingly larger number of companies in Spain that can ascend and grow exponentially to consolidate thriving sectors and create more jobs. The fourth goal of the Strategy is to forge an entrepreneurial public sector, ensure the public sector offers speedy administration that generates favourable regulatory frameworks, boosts venture capital investment and acts as a lever for innovation. The launch of the National Entrepreneurship Office to coordinate and organise support services for entrepreneurship in collaboration with public and private agents.

The international programme to attract talented women to position Spain as a benchmark country for professional women.

The visa programme, to improve access to work visas for foreign professionals who, for example, wish to set up or transfer their company to Spain.