The project is driven  by Knutsen OAS Shipping AS and Enagás, through its subsidiary Scale Gas, emerged from Enagás Emprende, the Open Innovation and Corporate Venturing program of Enagás, which will build the LNG suply vessel. 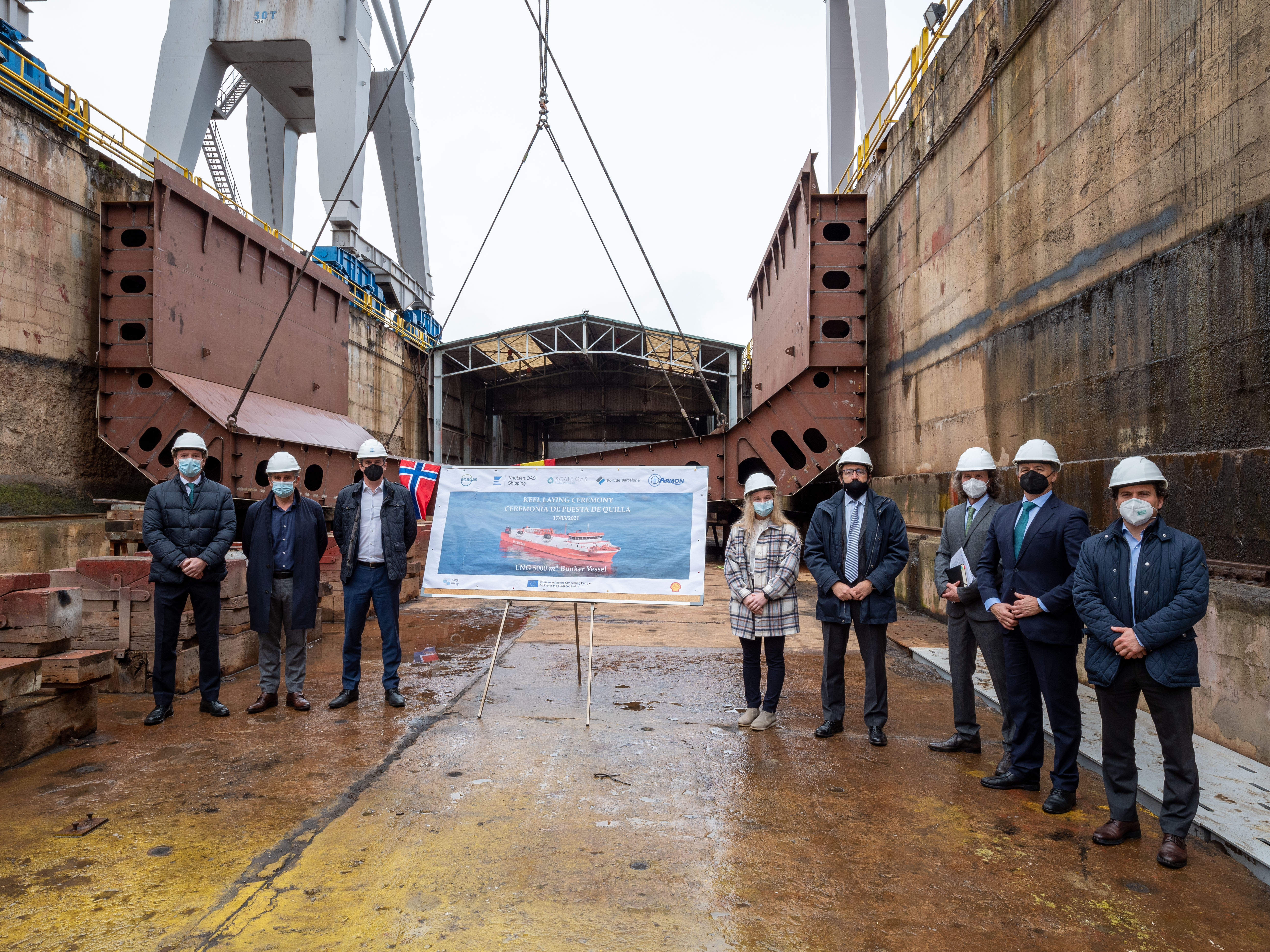 The initiative is framed within the European Union’s funding programme for transport, Connecting Europe Facility (CEF), which has approved EUR 9 million for its implementation, and is part of the institutional strategy ‘LNGhive2’ led by Puertos del Estado. It aims to support the development of the LNG market as a sustainable maritime fuel, in line with the Directive 94/2014/EU on the deployment of alternative fuels infrastructure.

The ship will be operated by Knutsen OAS Shipping AS and will use the Enagás LNG terminal in Barcelona for the loading and supply of LNG in a charter contract with Shell Spain SA. Shell plans to double its existing LNG bunkering infrastructure on key international trade routes by the mid-2020s and this vessel will play an important role in that journey as we serve more customers in the Mediterranean region with LNG. In 2019, Shell completed the first LNG ship to ship bunkering in Barcelona and look forward to working with the partners in this project on the safe delivery of this vessel, demonstrating their/its ability and commitment to providing reliable supplies within the region that help meet the growing need for cleaner fuels.

Shipyard Armon Gijón is in charge of building the ship. The company, founded in 1963, is today one of the leading private shipbuilders in the European Union. Once operational, the ship will use the Enagás LNG terminal in the Port of Barcelona for the loading and subsequent supply of LNG to ships that berth in the port or make stops to refuel before continuing their route.

In addition to promoting more sustainable maritime transport and improving air quality in the city of Barcelona, this project will be a further step to consolidate Spain and the Port of Barcelona as European LNG bunkering locations.

The ship will have a storage capacity of 5,000 cubic meters of LNG, be 92.75 meters in length, with a beam of 16.90 meters and draught of 4.25 meters. It will be powered by LNG and will comply with all safety measures, as established by the different regulations.

LNG is currently the only widely available alternative to decarbonize the deep sea shipping sector today. Compared to traditional fuels, it minimizes polluting emissions, eliminates 100% emissions of sulphur oxides (SOx), it reduces 80-90% of nitrogen oxides (NOx) and 20-30% of CO2. In addition, the use of LNG as a marine fuel in Spain will reduce between two and four million tons of CO2 by 2030.

According to the DNV/GL certifier, there are 170 LNG-powered vessels operating in the world, 222 on request and 126 that are called “LNG ready”. This new ship will add to the 15 barges that already supply LNG in the world, six of which are operating in Spain, and will reinforce the country’s role in the supply of LNG to ships.

This progress has been made possible thanks to the development and investment of approximately EUR 246 million made by the partners of the public-private initiatives ‘CORE LNGas hive’ and ’LNGhive2’, of which EUR 59 million is co-financed by the European Commission. These initiatives involve 49 partners, 21 public ones that include 13 port authorities and 28 private or industrial.